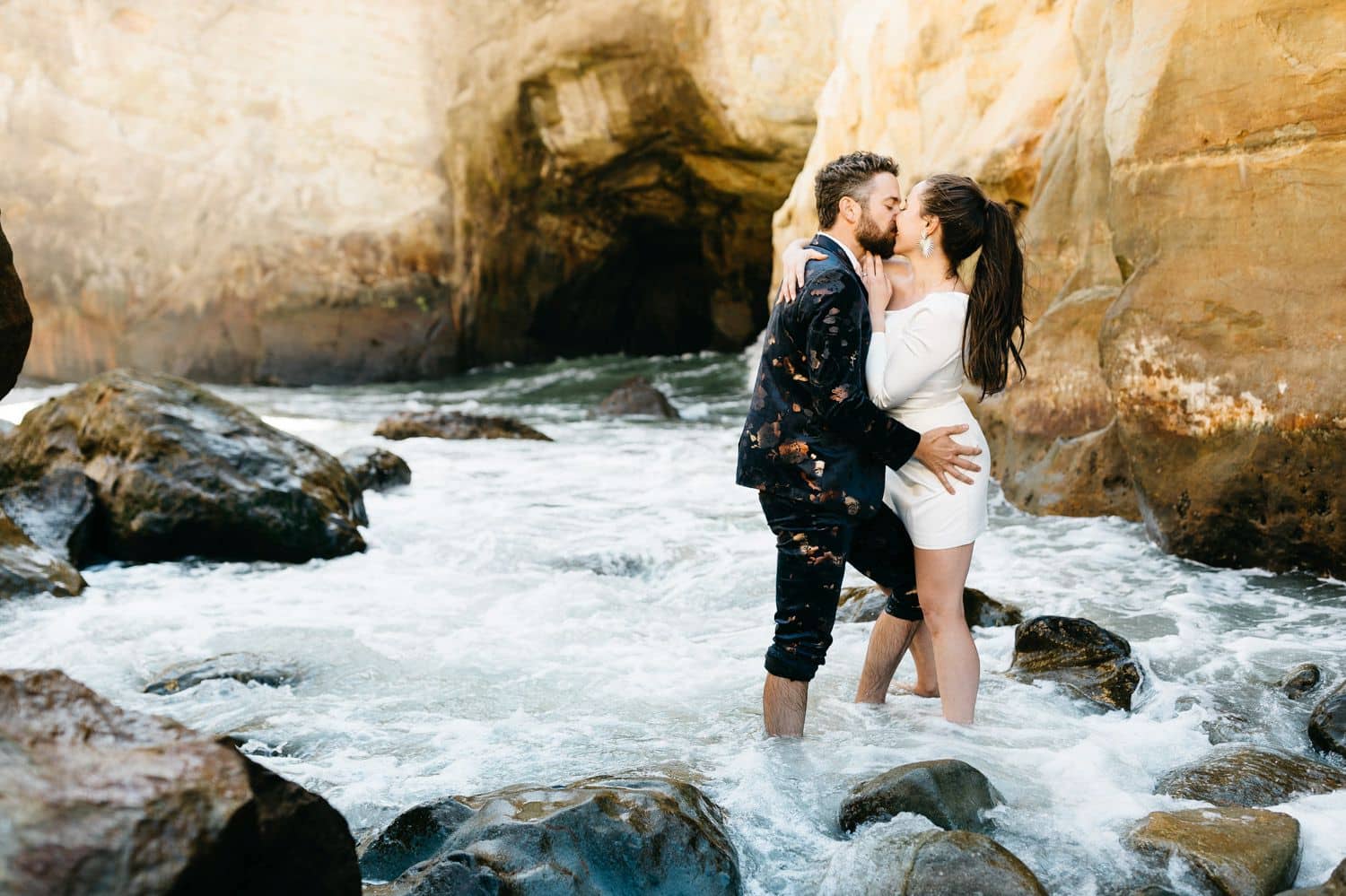 Kasia and Jonathan's traditional Polish wedding at Cape Kiwanda had just about everything. They had originally planned a similar campout wedding in Bend, OR, but the smoke lead us to a last minute, spectacular adventure out to the Oregon Coast. And I'm glad it did, because what I am about to say is no exaggeration: this was the funnest wedding I have ever been to.

Their wedding took place over the course of a full weekend, and right on the beach. We climbed sand dunes and explored the cape by day, and drank Polish vodka and sang Polish celebratory chants on repeat at night. Not only was Kasia and Jonathan's style out of this world, but they incorporated some really cool Polish Traditions into their special day, most notably the "bramki."

In Polish wedding tradition, the bride and groom must pass through a series of “bramki” or gates. Normally each bramą (singular) requires the bride and groom to pay the troll toll, and vodka is generally accepted as a form of currency. In Jonathan’s case, he paid in correctly answered trivia questions, heroic battles won, and the destruction of the COVID virus in piñata form. This was by far the most exciting thing I’ve ever documented.

This weekend was also precious to me because it is where I met Sara. She was an aspiring wedding photographer and reached out asking if I'd mind her taking photos along side of me. I am so glad she did, because she quickly became a close friend and one of my second shooters!

And now, without further ado, here are Kasia and Jonathan's photos from over the course of two days and two nights, starting with some portraits in their pre wedding outfits in the wavey caves of Cape Kiwanda.